More ruff news for Boris! Fewer people are naming their dogs after the PM – while Chanel is also out of favour

By Lizzie May For Mailonline

A list of the most popular puppy names has revealed that the number of dogs named after Prime Minister Boris Johnson has fallen since the pandemic.

There were 313 puppies named after him in 2020, the year after the general election, but in 2021, it was recorded that there were only 123 dogs named Boris.

Pet insurer Agria conducted research on the most popular names for pups to find that Covid-themed names for our furry friends had become a regular occurance.

While the Covids and Coronas of 2020 have now fallen out of favour, there are a few Pfizers and Zenecas barking about on the 2021 list. 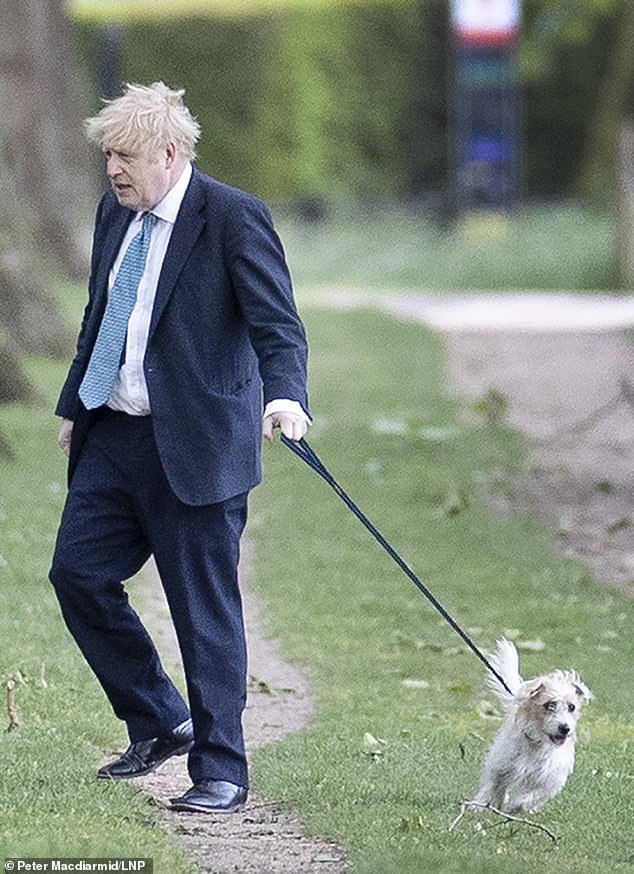 A list of the most popular puppy names has revealed that the number of dogs named after Prime Minister Boris Johnson has fallen since the pandemic, from 313 in 2020 to 123 in 2021 (pictured walking his dog Dylin in central London)

Britain’s favourite puppy names have remained consistent over the past five years, with Bella, Willow, Daisy and Lola holding the top spots for the female dogs.

Teddy, Milo, Buddy and Reggie have remained at the top for the male dogs.

Also on the list of most popular names for puppies in 2021 were fashion-houses and space-themed names.

Thought to be inspired by the Nasa landers, there has been a 60% increase in dogs named Rover.

Female puppies are often named after fashion houses, with Chanel having been the most popular luxury label for several years.

Chanel has fallen in popularity as a pup name, going from from number 28 in 2020 to none at all last year.

Head of marketing at Agria, Tom Vaughan, said: ‘It’s fascinating to see the shift in pet names each year and the impact popular culture and everyday life can have on the names we give to our family pets.

‘Like we often see with baby names, there will always be ‘classic’ big names that appear on the list, but the pandemic appears to have had a significant role to play in this all-important decision over the last few years — as we can see with not just virus or vaccination-themed names, but through people that have made a lasting impression on society, too.’

Female names who have taken the biggest drop in numbers included Roxi, Libby, and Peach, with male names Spike, Nacho, and Alan, having lost a lot of popularity too.